Started about 8 years ago​. Was a freelancer, and then started 521. Before that RedHat, before that Capstrat. Worked on Documentary films. Did the JHF scholarship. Worked on a documentary for a year. Went to NC State and studied Mass Communications and Art & Design.
*Differentiation between freelancing and owning own company.

Tim
-Hasn’t worked on documentary for a while, but did become an editor on a short
-He films his son who is 19 months old
-Did art installation work for a while on the side before his child; always had more of a documentary approach to it
-Delineation between paying the bills and passion projects — he is taking on projects that he is passionate about. Some just pay the bills.

TK: You shouldn’t be editing your own work. You should look for different perspectives. You should let go of it. It’s a good exercise. Collaboration and letting somebody else put their perspective on it. Find your strength. If it’s editing, then really put your passion into that.

Tim Phase (cue plugging in of materials, queuing up of amazing work)

The work at the documentary for JHF caught the eye of the creative director over at Capstrat, and that got him through that door.

At Capstrat, it was mostly a graphic design landscape (2003). That’s how you were getting your work out. Tim was the only one doing video for a while there. More and more clients began asking for video. He had an ethical dilemma once that involved editing a video for the Department of Defense, but got through it. Started low-salary and worked his way up. This is because they were struggling to determine the value of video in their company. Carson replaced me (basically).

Tim went client-side. He worked for Red Hat. Built up the video department at Red Hat and hired his replacement there too. (https://www.linkedin.com/in/mike-esser-73b51013)

Got an around-the-world ticket to film the world (whoa). Was doing mostly video, but also still. Was pretty crazy being thrown into that, but he got his bearings. Got into a rut where he was always going to be making videos for Red Hat, but could’ve break through. The brand he built at Red Hat still call him up and get him work. Didn’t leave until he built up a 6-month egg where it would be okay if he didn’t get any work. He started getting work after three months.

How does the budget work for these ideas?
-They flex on the budget. They have their budget for the pitch, and then once they decide which direction they want to go, he puts together another estimate for that it will cost.

Vimeo has a lot of great stuff on there.

NYT Article and dissenting opinion
-Critical reading
-Opposition felt he didn’t fact-check efficiently
-Responsibility to present the truth
-Who are these people working for? Who is their audience? What agenda are they trying to push?
Soundbytes
-Ensuring not to misrepresent the purpose
​

DL: Everything we do is about the brand. We do commercials, music videos (mostly out of London),

Deena - A real-life dramatic comedy. Has absolutely no tropes. No interviews. About an autistic couple getting married after she has a tragedy.

“We don’t want to pigeonhole it.” We are calling it a real-life dramatic comedy. Because it’s in at Sundance, it’s in the documentary section, we don’t have to call it a documentary and pigeonhole it. It’s six hours. Netflix.

Errol Morris came over with my partner. Ben Wheatley is “the hottest, coolest British filmmaker right now.” He did Free Fire. Look up his films. (https://www.rottentomatoes.com/celebrity/ben_wheatley/)

Left Duke, was an AC (Assistant Cameraman). I worked in a camera department and I had an in because my father was a commercial director. I was tired as an AC and opened up a production company and got a job as a director.

Advice
-Write. It’s all about the story.
-Ben Hat (graduated 1.5 years ago, is the right hand man at Moxie)

Danielle
-Raj story on drugs’ influence on his work
–Danny on pitching stories: You should have a title. It’s integral.

Alice
-Queen Curator, getting another interview
-More focused on story instead of

Summer
-Queen Curator, nat sound, transitioning between nighttime and daytime, more durham b-roll, environment, what was at stake putting this on and what did she sacrifice?

Julian
-Girl Power, what kind of transparency are we dealing with between Duke students and policymakers? 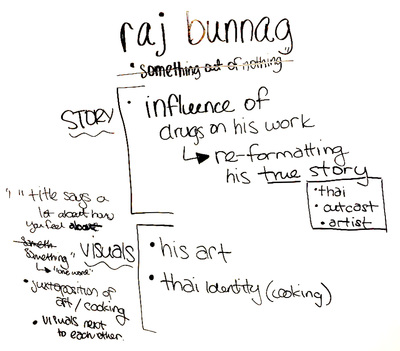 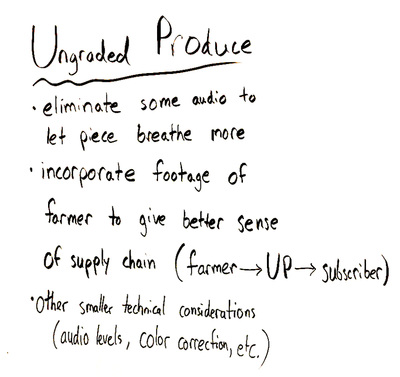 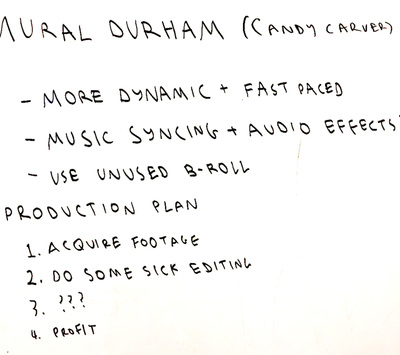 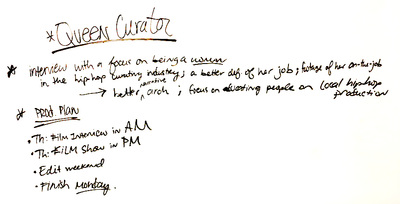 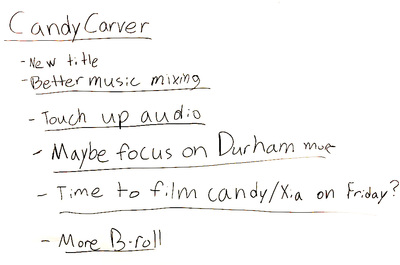 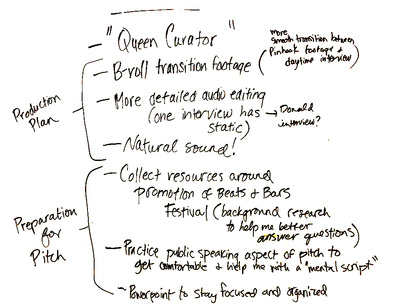 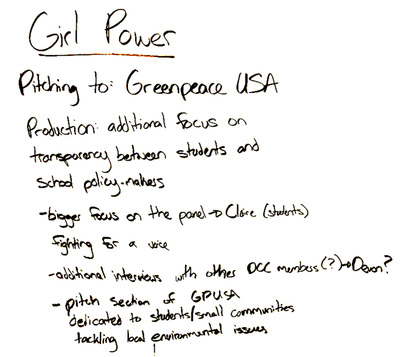 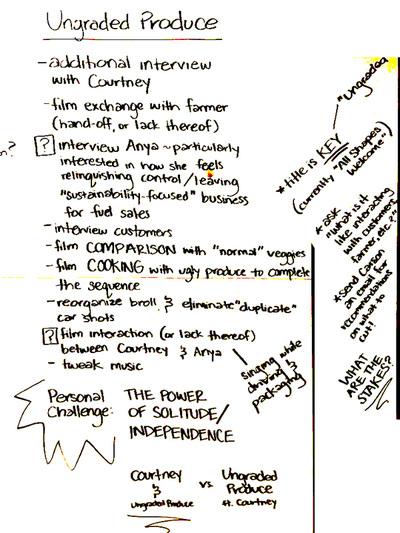 PLEASE BRING YOUR PIECE ON YOUR HARD DRIVE NEXT WEEK

​Do you have a story to tell? Let us help!

Send us an email, or drop us a line on Facebook or LinkedIn using the links below.